This new keyboard configuration is comfortable enough that I set it up and had been doing my morning reading for 10 minutes before I realized I had not actually turned on the keyboard. That’s probably a good sign regarding how comfortable I find it.

It’s on now, of course, and I am thinking a little bit about the implicit question raised by this setup. I have a very nice laptop. It is unquestionably more capable than my iPad for a variety of tasks. It is also reasonably small and portable, enough so that it’s not that much bigger than iPad plus keyboard. So why in the world do I want to write on the iPad?

There’s a question behind the question, which is closer to ‘why have an iPad at all?’, and it’s a fair one, but also one I’ll handwave a little. Certainly, there are practical concerns – probability and battery life are both better – but they are not such overwhelming differences as to make the situation clear cut. At it’s heart the answer is simpler than that: I enjoy my iPad, and I consider that sufficient. The combination of flexibility, simplicity and power delight me, and I like the tablet form factor a lot.1.

But even with that, why write? The device well designed for a host of activities (games, videos, reading) but the fact that I need to buy a keyboard rig kind of indicates that’s not really its focus.

For me, that is exactly the trick of it. The limitations of the form play to exactly what I want.

Here’s the thing: if you are doing something on an iPad, then that is the thing you are doing. Multitasking expands that a bit, so you might be doing two things, but that’s got constraints, and it’s about as far as you’re going to push it.

In contrast, were I to go to my desktop right now, I have more than a dozen apps open, plus a number of passive utilities that occasionally need attention. It is an entirely different world, and when I need to frequently context shift, then the computer makes that very easy. During the workday, when I need to stay on top of several streams, that’s fantastic.

However, when I’m doing work where I need to maintain focus, it’s a problem. It’s too easy for me to look over at another window and see what’s up on twitter, or look something up, or check slack or anything else. Now, this problem is not unique to me. The negative impact of distractions and multi-tasking are pretty well documented at this point. But I, personally, am very sensitive to them. Again, this is great when that’s what I need to be doing, but it’s a real problem in other situations.

This concern is what turns the iPad’s limitations into advantages for me. It is a magnificent tool for doing one thing at a time, and when it comes time to write (or do similar work), then the amount of disruption caused by context switching provides the resistance I need to keep me on task.2I think this is a pretty common situation. There’s a reason that so many writing apps offer a ‘distraction free” sort of interface, and it has a lot to do with users like me. 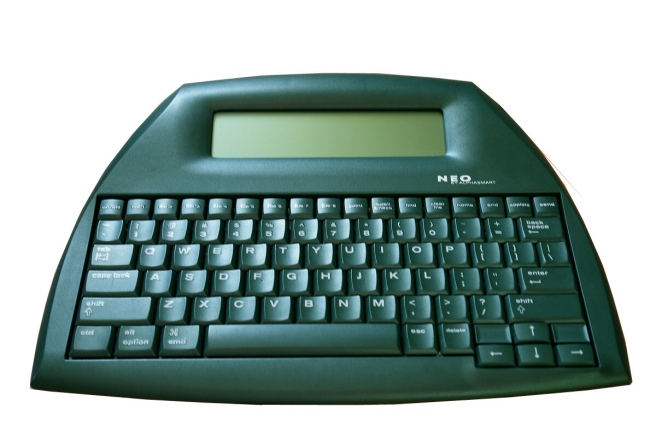 (This is an alphasmart Neo. It’s what “distraction free writing” used to look like)

View all posts by Rob Donoghue